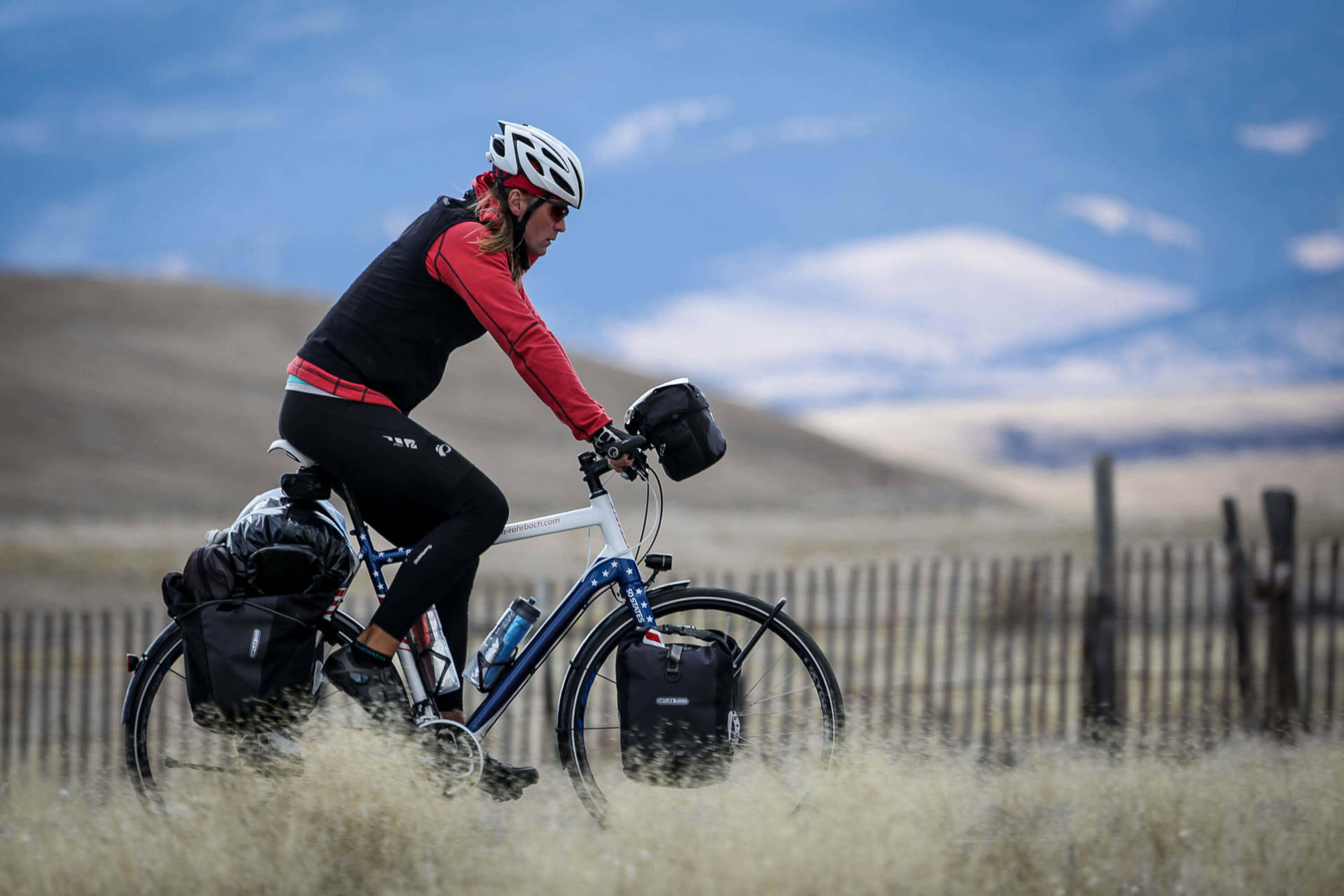 Everyone who loves going by bike and enjoys the cool airflow can certainly discover a lot in Germany. There are hundreds of possibilities to spot even the remotest parts of your homeland. The quality of the paths, accommodation and shopping and an accessibility by train should be to your complete satisfaction in most cases. Tatonka introduces the most exiting and beautiful cycling trails.

Cycling along the Romantische Straße

It is particularly splendid to follow the Romantische Straße between Würzburg and Füssen, where bikers can find some of the most beautiful and precious places: historical town centers, romantic monasteries and medieval city walls alternate with beautiful river valleys, gorgeous fish ponds and ancient woods. Not to forget Schloss Neuschwanstein, the castle of the Bavarian fairy tale King Ludwig II. From a culinary point of view particularly the little villages along the bicycle track have a lot to offer, since they place great emphasis on hospitality. Altogether the whole route is perfectly feasible for every cyclist, even the untrained ones, because there are just a few gentle gradients to manage and no further obstacles. And for those who do not want to ride the entire distance, there is a special service between April and Oktober: during this period there are buses going along the route and even take bicycles (but only after previous reservation).

Quench your thirst at the Bierradstrecke

Everyone who loves a nice cold beer after an exhausting bike trip should earmark the Bierradstrecke in the Rhön. It merges ten breweries, two farms and a malthouse as well as numerous tied houses. There are several signs on the way, which inform the visitors about the local beer culture, malting or the cultivation of barley. And on a guided tour one can look over the brewer’s or the farmer’s shoulder and learn some interesting facts about age-old traditions. But bear in mind: after the enjoyment of fresh beer the bike has to be pulled.

Let the wind blow around your ears on the Ostseeküste

For those who plan a getaway in the north of Germany and love the wind blowing around their ears we recommend the Ostseeküsten-Radweg (which is around 1100 km long) or at least some stages. It starts at the German/ Danish border and leads either through open hilly landscape or directly along the coast and finishes on Usedom. On the way there are beautiful cities like Flensburg, Kiel or Travemünde, but also lonely stretches of coast and busy tourism resorts. Since even the highest rise is below the 50 meter mark (with the exception of Rügen) this bike-route is one of the relaxing ones. Solely the costal wind can be a problem – sometimes it can blow very strongly. So it is worth it to inform yourself about the announced wind direction and force.

The hearts of soccer fans will beat faster on the German Fußball-Route. It leads through Nordrhein-Westfalen for more than 800 km, passing traditional and regional tourist attractions as well as places that have written national and international soccer-history. Being on your way you will be informed about interesting, curious and funny facts on this popular sport. For instance on how the shoes of global super star Pele made their way to Versmold or on the whereabouts of Lukas Podolski’s first kicking-attempts. Naturally you will also pass the huge soccer stadia of Cologne, Mönchengladbach, Dortmund and Schalke. The kickoff takes place in Aachen, the goal is located in Bielefeld and in between there are some steeper stages, for example in the Bergisches Land. It does not matter how many sections of the cycling-trail you cover – soccer freaks and bikers will most certainly get their money’s worth.

Wherever you will go – exciting experiences and great memories are assured.