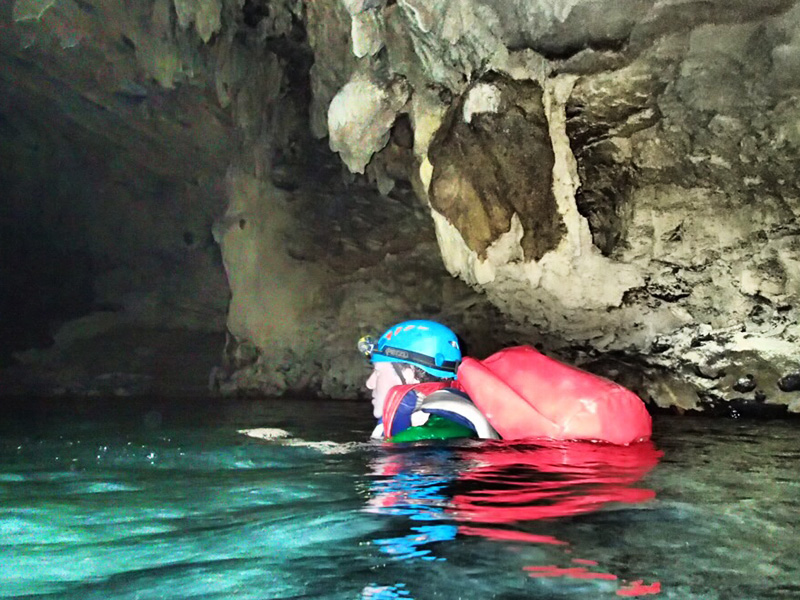 Our Swiss contributor Michi Bösiger gets enchanted by the world’s largest cave system.

Soaking wet I am climbing upwards to the warming sun. The bright and glittering light is blinding my eyes. Pleasantly spicy air leads me outside. It seems as if all my senses were strengthened.

In the past few days we have explored the caves while swimming in full equipment or climbing the wondrous stalagmites. Once again I could vividly experience the forces of nature but also how small and insignificant we humans are. These hollows have been existing for several million years, whereas manhood has been on earth for just a few thousand years.

By now we are following a path through the exuberant rainforest. “Be careful to not touch the poison ivy, a bush loaded with nettles”, the guide warns, while showing us how to recognize the tree tall plants.

What a breathtaking beauty in this wilderness

In the evening we are sitting around a bonfire at the camp and get indulged and strengthened by Vietnamese barbecue. Pure enjoyment! A short time later, me and the rest of the participants are lying in sheltered hammocks. Exhausted from the efforts of the past days, I am dreaming of the numerous gnarled creatures and beings, which you can divine in the formations of the dripstone caves.

After three days of caving and potholing the way back to the starting point is waiting for us to come. The trail leads over gentle hills, straight through swampland and several creeks and all of this with the Vietnamese heat –impressive but strenuous.

In a popular magazine we read an interesting and sensational article about the world’s largest cave system, which was just recently discovered. “The biggest cavity in the world”–this superlative arouses out interest. Curiously we start collecting all information:

In 2003 the Phong Nha-Ke Bang national park was acknowledged to be UNESCO World Cultural Heritage. Located 50 kilometers North West of Dong Hoi Quang Binh city, this region is one of the biggest karst regions of the world. The newly explored caves are situated 70 kilometers away from the Phong Nha village. In 1992 the National Geographic Society started an expedition to advance uncharted rainforest areas. In the process an incredibly large, interconnected cave systems was discovered. What a sensation!

This article might also interest you: What is allowed as flight baggage?

We apply as participants to the only organization that has the permission of the Vietnamese government to conduct expeditions to this cave system. Just 220 visitors per year get the permission to do so. The initially schedules date for the tour has to be postponed, as the torrential rain is flooding the whole region. Due to the monsoons the caves are just accessible between May and August.

Several months later we get the desiderated good news. After some preparation time we visit the Tou Lan Caves full of anticipation. The caverns were opened to the public in 2012 but solely for Vietnamese organized tours.

The Son Doong Cave (mountain river cave) is the world’s largest cave and there are still uncharted areas. This marvel of nature is more than six kilometers long, 200 meters high and 150 meters broad. Right in the middle there is a river. In 1991 the cave was discovered by a local, but it was not until 2009 that a British group of speleologists explored it particularly. The researchers found 20 unknown caverns with a total length of 56 kilometers.

At the evening bonfire with rice spirit our guide tells the mythical story of the cave’s name: “There were two beautiful women in the hollow, hopelessly trapped by the masses water. As the water relentlessly rose the women drowned miserably and their necklaces petrified.”These unique ‘cave pearls’can now be admired in the Tu Lan cave system.

Later on we explored another impressive cavern –the Paradise Cave. Its entrance is located amid a forest. To begin with there are 500 steps to climb. It is just the first kilometer that is open for the public and easy to access. After that we descent to the soil of the cavern. The distance to the ceiling is more that 100 meters. It would be impossible to take this path without an experienced guide. The danger to take the wrong junction is simply too great since the cave is too large and contorted. After approximately 10 kilometers we arrive at the end of the path where parts of the ceiling have collapsed. It looks like a vulcan within a mountain. As sunbeams light the cave, it feels like the beginning of earth – and I am in on it. What an unforgettable experience!

You will find suiting equipment for your next expedition life on tatonka.com. 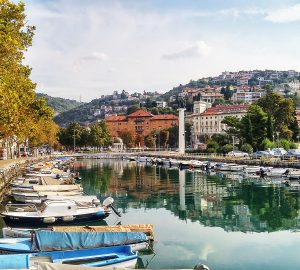 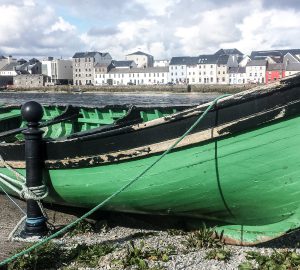 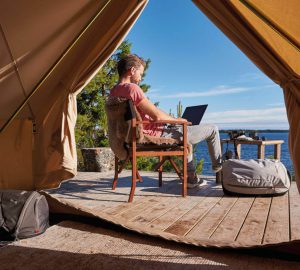