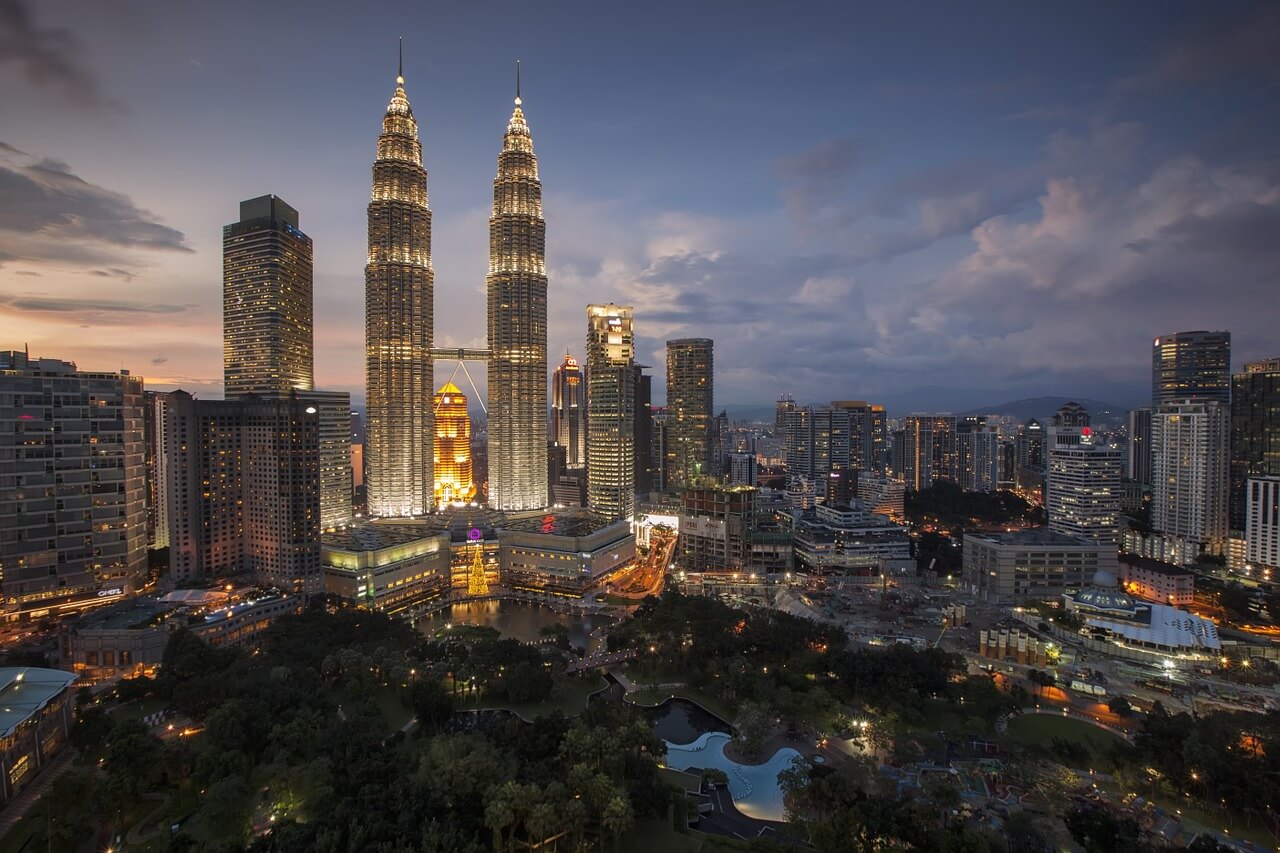 “Welcome to KL!“ was the greeting at the jetway. I had to think about this for a minute but it quickly occurred to me that the abbreviation “KL” could only mean “Kuala Lumpur” – no one really uses its full name here. One reason might well be that there are so many different cultures, religions and languages amongst the 1.5 million inhabitants so that it isn’t that easy to translate the name “Kuala Lumpur” unitarily. But that is only in theory!

You experience a world of contrasts wandering between Buddhist pagodas, Hindu temples, Christian churches and Islamic mosques. I witnessed a culinary, architectural and cultural diversity like nowhere else. “Vibrant metropolis“ doesn’t really meet the point – “tremulous centre of the world” sounds more like it!

Things to know about Kuala Lumpur

Kuala Lumpur is located 35 kilometres from the West coast of the Malayan peninsular and, with an area of 243.65 square kilometres, it is the second biggest city of Malaysia. The most notable aspect about this region are the many palm forests, by which I was very impressed on my way from the airport to the city taking the KLIA Ekspres. The vegetation, of course, is not that surprising when you keep in mind that KL was founded by miners in the middle of the jungle in 1857.

It’s best to use Monorail (an elevated railway on a single rail) when travelling within the city to visit all the sights. Taxis are too expensive in the long term and cycling through KL isn’t something I’d recommend! Since there are no elevators to get to the platforms, travelling with luggage that can easily be carried on the back is a great advantage! We recommend e.g. the Flight Case or, for those who need more space, the large travel backpack Great Escape with an integrated extra daypack for sightseeing.

Sightseeing tour through the city

Of course, the first sightseeing destination had to be the Petronas Twin Towers – an impressive steel and concrete building. When you stand right in front of it, you feel like a little ant. After they were finished they were the highest building in the world reaching up to 452 metres. At first, their architectural forms look like those of the many modern Western buildings. But if you take a closer look, you’ll find the architect César Pelli dipped into Islamic forms and geometry, which perfectly underline the multicultural concept of this city!

The Sultan Abdul Samad Building is worth a visit, showing off with its mix of Victorian and Moorish architecture. It once was the British administrative centre but today it’s the headquarters of the Ministry of Information, Communication and Culture. One of the main attractions in KL is the Bird Park in the Lake Garden district – every year, around 200,000 visitors find their way there. It’s supposed to be the biggest bird park of the world! And don’t miss out on the impressive Batu Caves. Within these 400-million-year old limestone caves lie several Hindu temples. If you’re interested in the art of craftsmanship, the Kuala Lumpur Craft Complex is the place to be. The popular Malayan Handicraft Festival takes place there in February.

I loved experiencing all the different religions together in such a small place! The friendly people and the culinary delights will definitely make me come back some time again.

But there is one more thing I’d like to point out: KL has two airports that are very far apart! Some have already missed their flights back home – so keep in mind to go to the international airport if you want to get back home!
Selamat tinggal!

Climbing the Tälli Via Ferrata in Switzerland