What you can do on a mountainbike 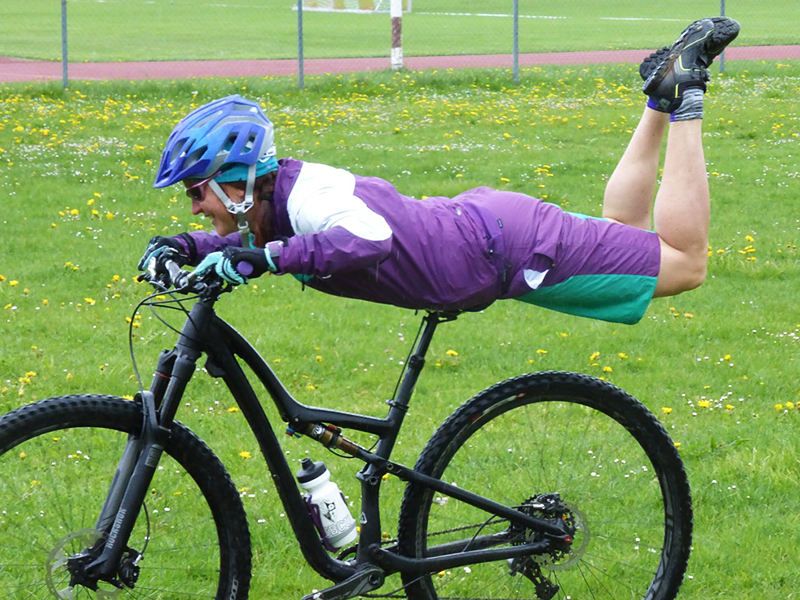 Riding techniques in the shadow of Neuschwanstein Castle, or: What you can do on a mountainbike.

Mountain biking is definitely one of my favorite hobbies. Roughly calculated I have been doing it for more than 20 years. I never thought about the technique but just rode – and if this wasn’t possible – alighting is always a possibility.

Not long ago both of my sisters joined my enthusiasm for mountain biking – I am delighted. But unlike me, both of them wanted to learn the riding technique properly and under professional supervision. Since it was now and again time for a siblings-weekend, we ended up in the course “Biking technique…entirely female“ by the small but fine team of Alpine deluxe in Füssen.

The stomach on the saddle?!

At the moment of our departure on saturday morning the weather didn’t really look like outdoor-sports and we were afraid, that the whole adventure would fall through rain. One could hardly see Neuschwanstein Castle through the heavy clouds and we were already thinking about Füssen’s shopping opportunities.

But exactly in time for the start at 10 a.m. the air cleared and our course composed of eight highly motivated women could beginn. Verena and Bojan (our coaches) introduced us to the planned process and we startet with the first exercise on a soft lawn (in case of an accident).

Now it meant only to keep your balance and find the basic position. After several braking exercises we practiced every possible positions on a bike – besides sitting. We even had to lie on our bikes with the stomach on the saddle. Verena explained in detail all the matters and the aim of the exercise.She demonstrated everything practically until even the last understood – THANK YOU for your angelic patience, Verena.

After this training session we got cracking the first hazards. One pallet was too low for us, so we all started with two pallets placed on top of each other. First we were a bit timid, but soon we acquired a liking for it and raised to three. To ensure our safety Bojan stood at the hazards in order to provide assistance if required. Besides being our mechanic in case of technical defects, this was his job the whole two days through. At this point also a big THANK YOU for your support, Bojan.

After the three pallets we naturally came to the exercise ‘Cycling down the stairs’and we could not tear us away until lunch. At this point (if not before) everyone had tasted blood.

In the afternoon we went freshly strengthened on a little tour around Füssen. Uphill and downhill, more or less steep, wide and narrow paths – we could apply our new knowledge straightway. In the end of the first day the major challenge was a single-trail: roots in every size and height and due to the rain even the little ones were pretty slippery and hard to cycle across.

Having spend our last possible resources on this trail we called it a day around five p.m.. I think each of us had learned a lot despite a few rain showers and most importantly: we had a lot of fun. In the evening it meant only to fortify ourselves and rest the legs – after all we just past the first half.

My sisters, a few girls from the course and I stayed at the ‘Alpine lodge’(a little pension/ guesthouse in Füssen run by Verena and Markus from Alpine deluxe). After a relaxing night in our cozy rooms a delicious breakfast was waiting for us. So we were prepared for our second day of training and new challenges.

We started the second day with technical exercises – this time in Oberseebad, an outdoor swimming pool in Füssen. Anyhow we were happy about the bad weather – there were no visitors and therefore no spectators.

The schedule for the day included biking narrow serpentines, uphill and downhill. You would not believe how wide one can steer the handlebar. Cycling a route in form of a spiral, from outside to inside, turned out to be a big challenge. Or meeting at one point in twos and shaking hands – naturally without getting off.

After finishing the techniques another trip was on the program. This time we went towards the royal castles. Bypassing thousands of tourists from all over the world who want to visit Hohenschwangau Castel or Neuschwanstein Castle or even both we headed so to speak to the private forest of King Ludwig II. Has the king been cycling on the the same paths? At least he has been here with his carriage.

We deepened our acquirements – uphill on a forestry trail – downhill on a single-trail. It felt like being on a playground, there was something for everybody. The serpentines or better hairpin bends from Fischerstand down to Schwansee really packed a punch. But somehow we were gripped by ambition and some of the sharp turns were made two or three times. We passed Schwansee and after taking a last look at the castle we went back to Oberseebad.

Reading tip: Mountain biking around Tegernsee – A tour around the Bavarian “Blue Mountains“

The last technique session was waiting for us. A diversity of exercises helped us to learn (more or less effectively) standing with our bike. On this second day as well we couldn’t get enough and I am sure that everyone thought about when to take the next course. Finally we made a little trip to an Italian Restaurant in Füssen. In a frolic round and with delicious food we brought the weekend to a close.

At this point a heartfelt thank you to all the ladies in the course and to both of my sisters. We had a lot of fun and learned a lot and so we wish you all great tours and stunning experiences on your bike.

Last but not least again THANK YOU to Verena, Bojan and Markus from Alpin deluxe. You are doing a fantastic job. All the best for you and see you on the bike.

Hiking in the Salzkammergut, Austria

Hut tours in the Alps 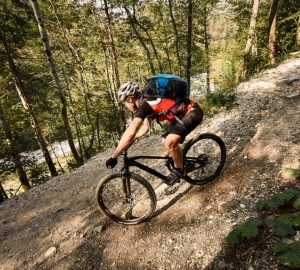 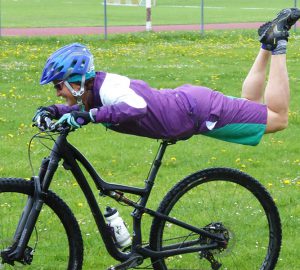 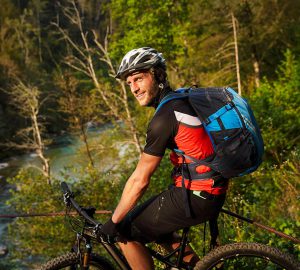